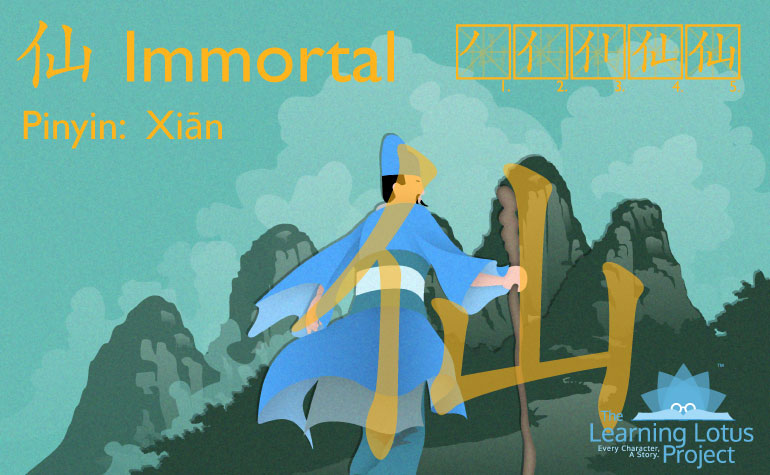 仙 is a compound ideograph created by combining the radicals 人 Rén ("Person") and 山 Shān ("Mountain"). This character uses the special left radical form of 人, and is a good example of how alternative radical forms of characters are used to make compound ideographs more neat and aesthetically pleasing. This character means "Immortal" and can also refer to "Gods", "Trancendents" or "Saints".

In Chinese culture it was believed that the gods lived in the mountains. The Five Great Mountains (五岳) were important destinations during imperial pilgrimages, especially 泰山 (Tài Shān) where the emperor would make his sacrifices to heaven and earth and receive the blessing to rule. The Five Great Mountains are still a popular destination for pilgrims.

The Eight Immortals or 八仙 (Bāxiān) are popular figures in Chinese Taoist mythology. They are a group of eight individuals who ascended to immortality through Taoism, and are popular subjects in art, literature and pop-culture.