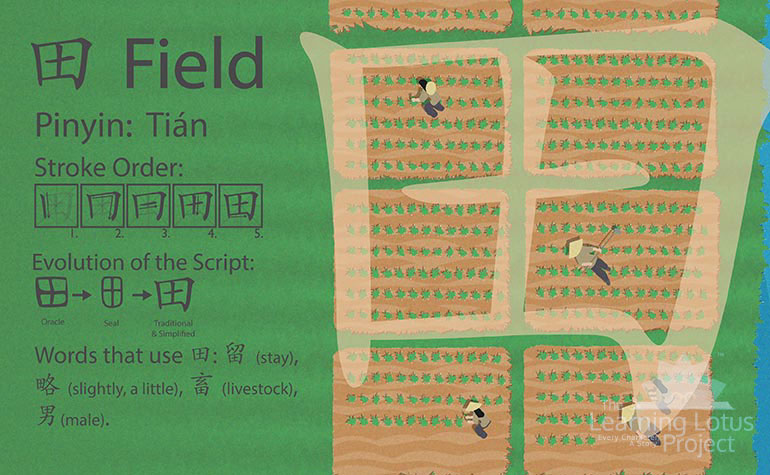 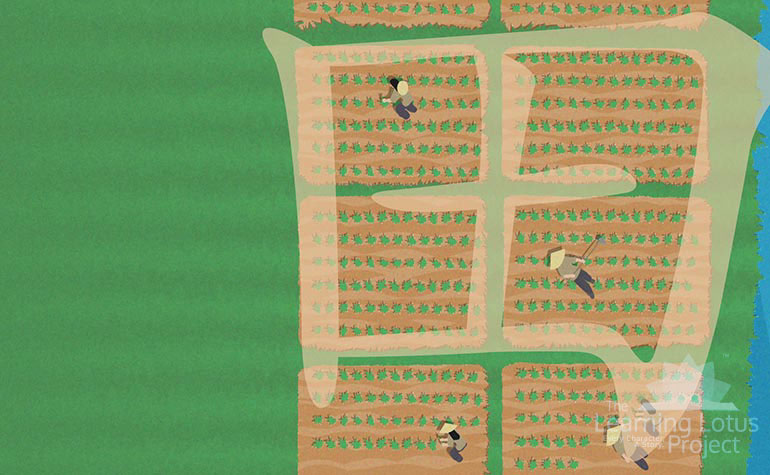 Ancient Chinese fields and farms were organized into grids, framed by small dirt paths. These gridded fields were the inspiration for forming the character 田.

In the character 田, the large outer square represents a road or boundary of the pasture, and defines the field's outer-limits. The crossed lines in the center represent smaller paths within the field known as 町 (Tīng). Because of it's intrinsically organized nature, 田 carries the extended meaning "neat".