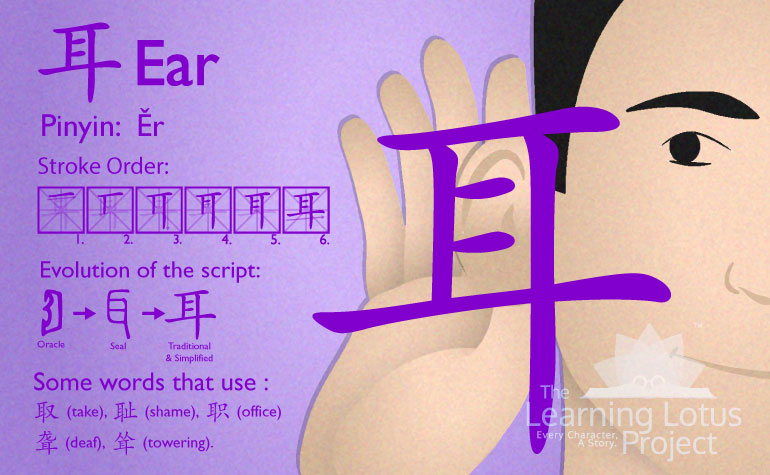 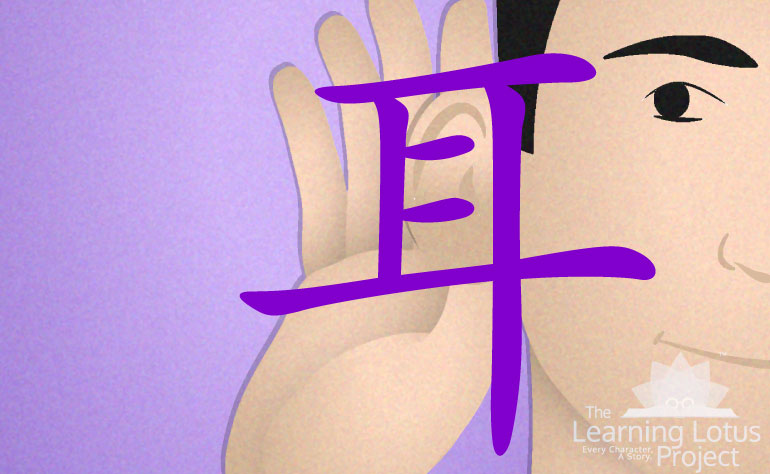 There were several different, and fairly distinctive Oracle and Bronze forms of this character, each a simple drawing of a human ear. 耳 was given an official Seal form under the rule of the first emperor of the Qin dynasty.

“目不能两视而明，耳不能两听而聪” (“mù bùnéng liǎng shì ér míng, ěr bùnéng liǎng tīng ér cōng”) is a famous quote from the Confucian philosopher Xun Zi (荀子) which translates to "You can't see clearly if you use two eyes to watch two things, you can't hear clearly if you use two ears to hear two things." He uses this idiom to explain the importance of focus and concentration to achieve success and mastery.