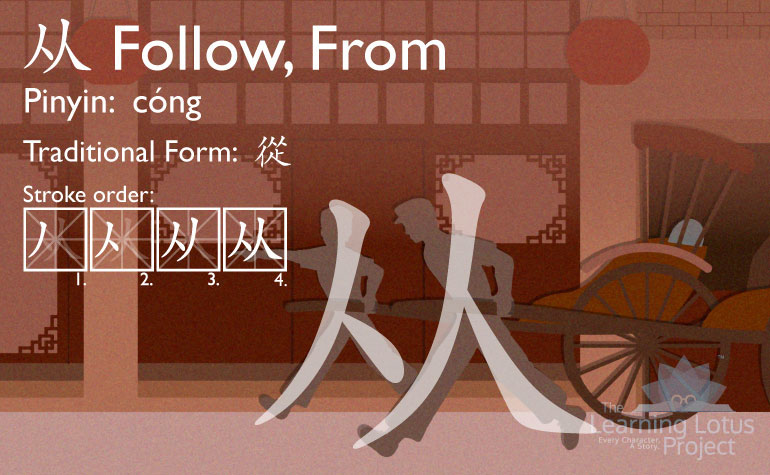 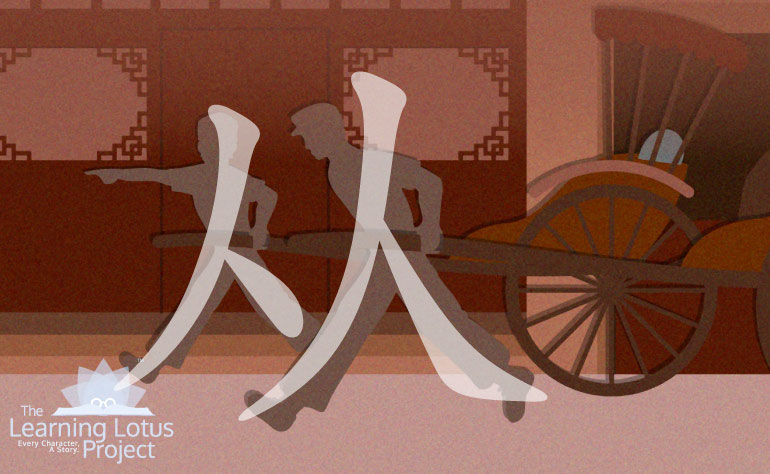 从 is a compound ideograph and is written with the 人 "person" (rén) radical. In fact, 从 is written with 2 人 "person" (rén), one person following the other or one person following the commands of another; thus, giving its meanings as a verb "to follow", "to obey". As a noun 从 can mean “second cousin” or it can be combined with other words and mean: “follower"; such as when used in the words 侍从 (shì cóng) “attendant”, and 仆从 (pú cóng) “henchman”.

从 is most commonly used as a preposition meaning: “from”, “through”, “since”, or “whence”.