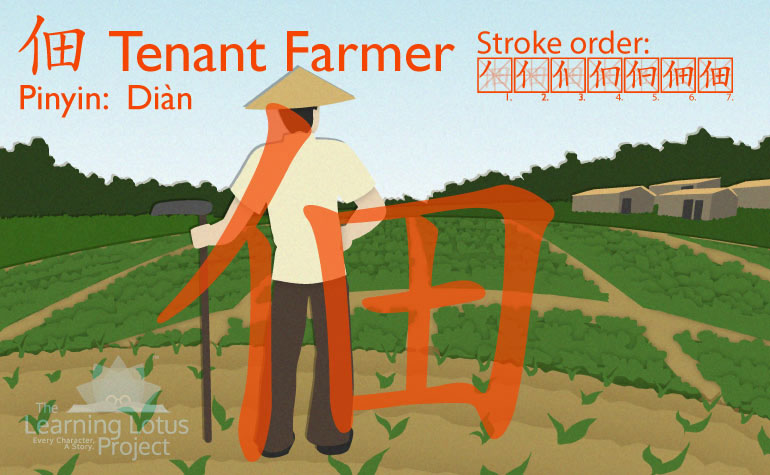 A tenant farmer is someone who farms on rented land. 佃 is a compound ideograph created by combining the radicals 人 Rén ("Person") and 田 Tián ("Field") meaning "A person who works a field". This character uses the special left radical form of 人, and is a good example of how alternative radical forms of characters are used to make compound ideographs more neat and aesthetically pleasing.