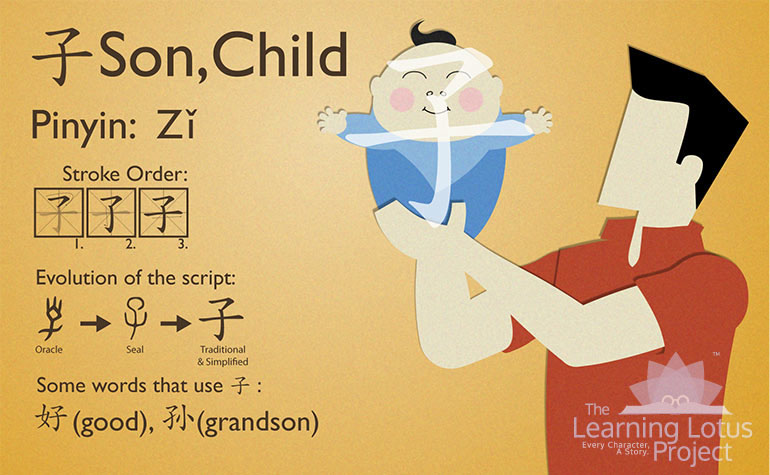 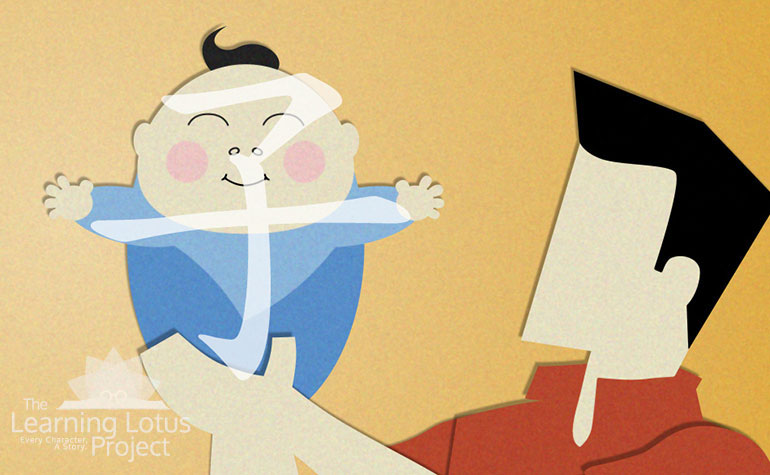 子 was one of the earliest characters created in the Chinese writing system. In it's earliest written form, the character depicts an infant. 子 also means the next generation.

In ancient China, the emperor was considered the son of Heaven and ruled over the whole country. Thus, the characters for emperor are composed of the characters "Heaven" and "Son": 天子. In Chinese culture, we also honor our philosophers using 子, elevating them to the level of an emperor for their wisdom and contributions to society: 孔子 (Confucius)，老子 (Laozi or Lao-Tzu)，孟子 (Mencius).

子 is also a radical. Chinese characters composed with the 子 radical relates to the meaning of "son", "child", or "generation". For example: 孙 means "grandson" or "son of son".