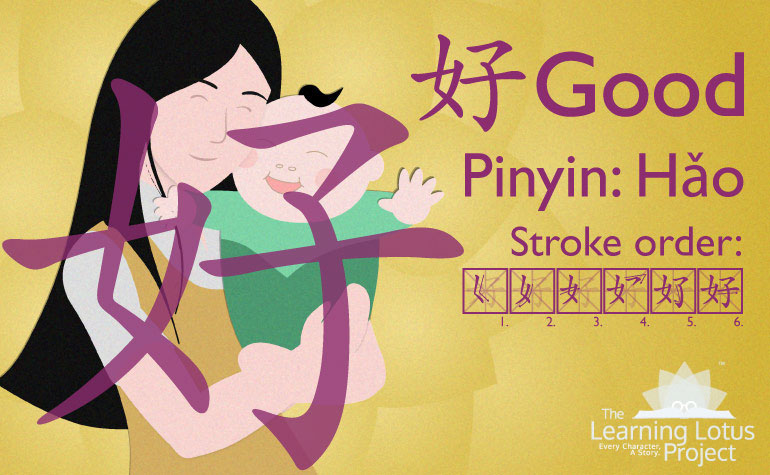 The character for 好 "good", is formed by combining the characters for 女 (female) and 子 (child).

Chinese culture at the time considered a woman bearing a child (especially a son) to be "good" since only sons could carry on the family name. Also, sons played an important role in 敬祖 (Jìng Zǔ), the Chinese act of veneration of the dead, since they were the only ones who could carry out the sacrificial rites through which the living kept contact with their ancestors.

A broader interpretation for the construction of 好 states that having a daughter, 女 (female), and a son, 子 (child, son). is a sign of good fortune.