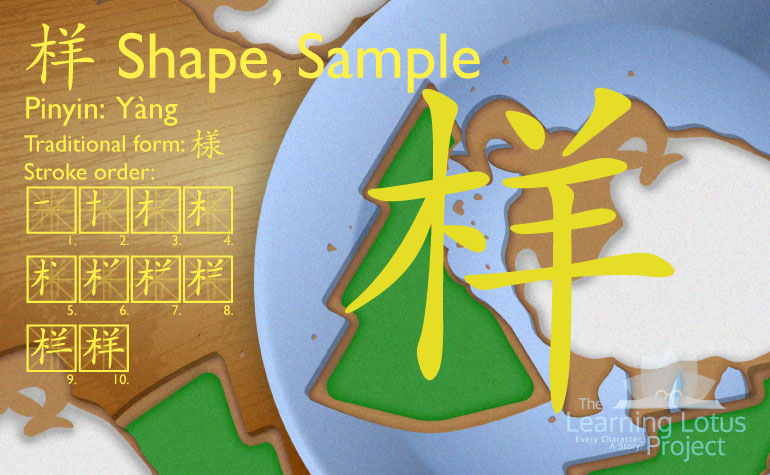 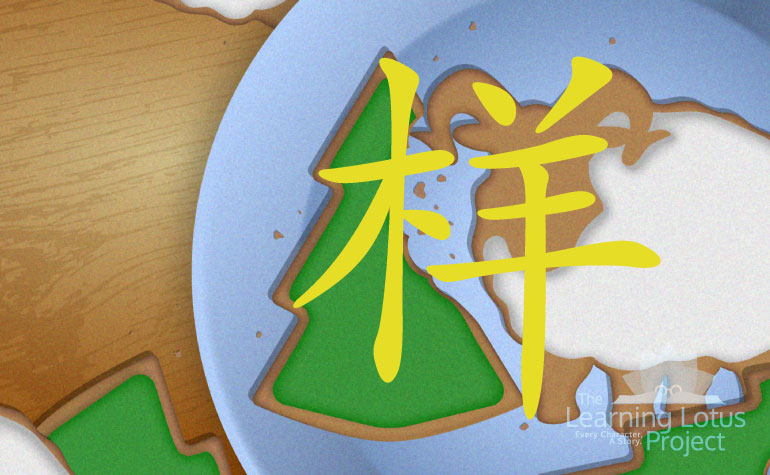 样 is a phono-semantic compound composed of the 木 (mù) radical on the left and the phonetic character 羊 (yáng) on the right. In its traditional form 样 is written as “様” with 羕 (yàng) as the phonetic component.