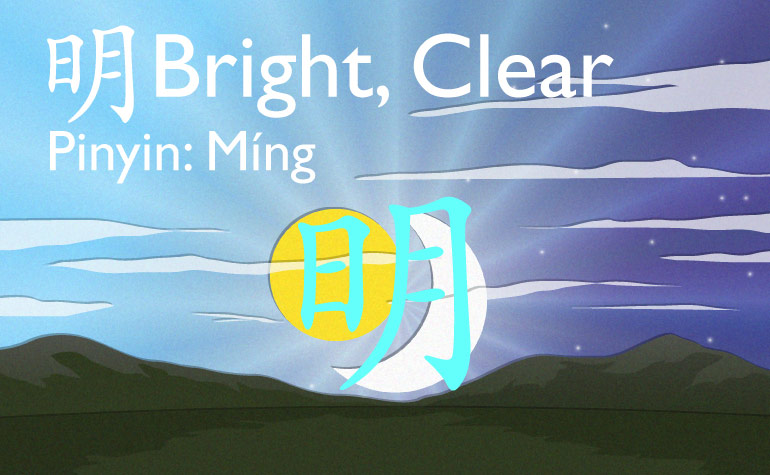 明 is a great example of how two or more simple characters can be combined to form new characters with new meaning. 明 is created by combining 日 (Sun) and 月 (Moon), two of the brightest objects in the sky. Since the light from 日 (Sun) and 月 (Moon) also provides the calrity for us to navigate the day and night, 明 means "bright" and "clear".

明代, Ming Dynasty, was the ruling dynasty of China from 1368-1644 and was considered one of the greatest eras of social stability, cultural restoration and expansion. Fueled by its openness to foreign trade and forms, 明代 was also a period renowned for its innovation in ceramics and porcelains. The famous cobalt blue and white motifs of Ming dynasty porcelain was made possible by trade with Persia. 明四大家, Four Great Masters of the Ming, were Shen Zhou, Wen Zhengming, Tang Yin, and Qiu Ying. Their paintings and calligraphy commissioned high prices even during their lifetime.