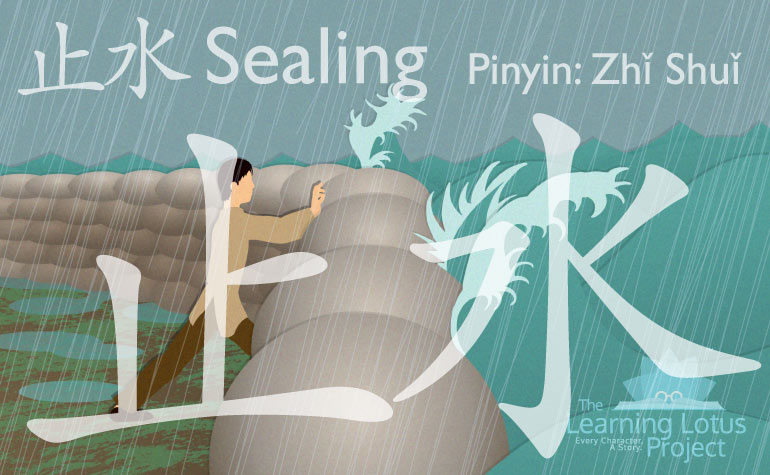 Some of the worst floods in history have happened in China, many attributed to the Yantze and Huang He (Yellow River). The Central China Floods of 1931 was one of the deadliest natural disasters ever recorded, during which millions lost their lives.

However, an even worse flood occurred in China's past, and has been a subject of history and myth. China's Great Flood, 大洪水 (Dà Hóng Shuǐ), began in the third millennium BCE during the reign of Emperor Yao and lasted for 2 generations. It was said to be so vast that no part of Yao's territory was spared.

The long process of fighting the Great Flood lead the Emperor Shun to many administrative reforms including the standardization of weights, measurements, religious rituals and the reformation of the calendar. Eventually the flood was overcome when Yu The Great, 大禹 (Dà Yǔ), led the people in the construction of canals, ditches and dykes which guided the flood waters back to the sea, allowing for reconstruction and the resurgence of agriculture. Yu was eventually appointed as emperor and founded the Xia Dynasty. The story of Yu the Great is immortalized in the story 大禹治水 (Dà Yǔ Zhì Shuǐ), Great Yu Controls the Waters.