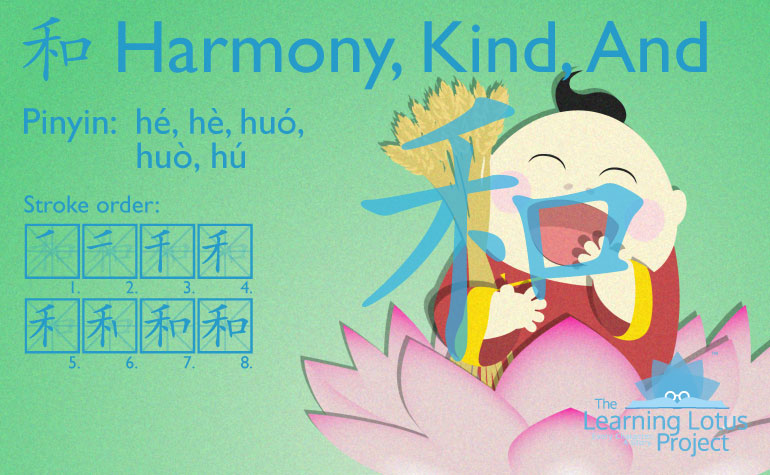 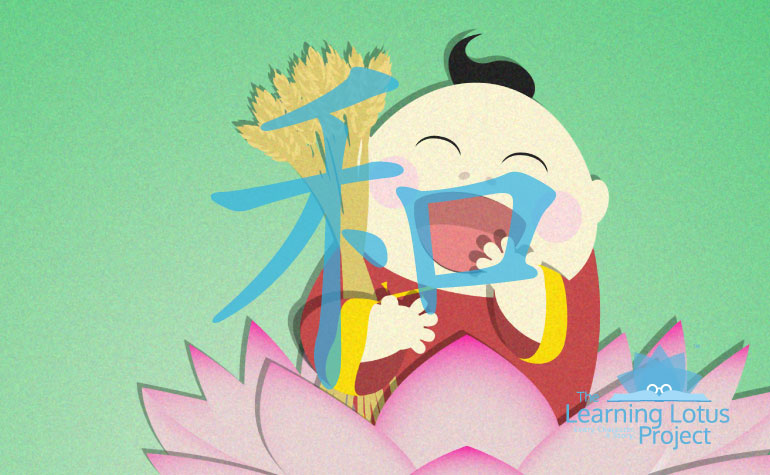 和 is a phono-semantic compound written with the 禾 "grain" (hé) radical on the left and the character for "mouth" 口 (kǒu) on the right. 和 is most recognized outside of Chinese speaking countries as 和 (hé), the Chinese word for “peace” or “harmony.” However, 和 is a versatile character with 5 different pronouciations and many different meanings: hé, hè, huó, huò, and hú.

和 (hé) means “harmony” or “peace.” It also means “kind” or “nice” and the “sum” of two numbers”. It can be used as the preposition “for” and “with”. However, it is most commonly used as a conjunction meaning “and”.

和 is a common and versatile character, widely recognized in even non-Chinese speaking countries, and in many ways is emblematic of the Chinese spirit. “Harmony” was a central theme in the opening ceremony of the 2008 Beijing Olympics, and the character 和 had a key part in the Olympics celebration.