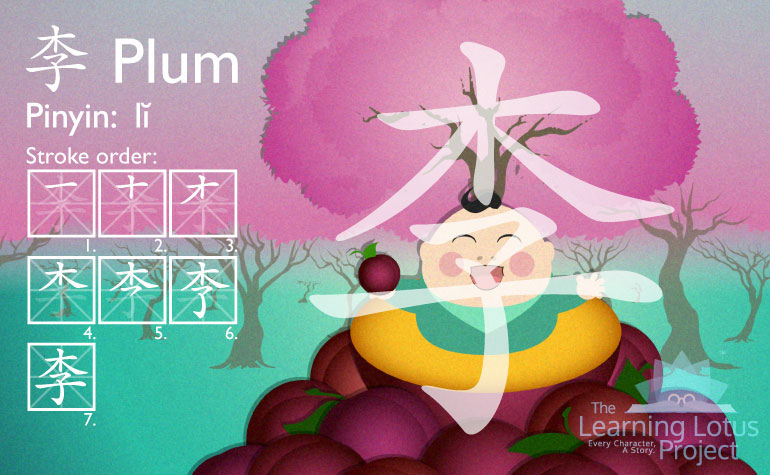 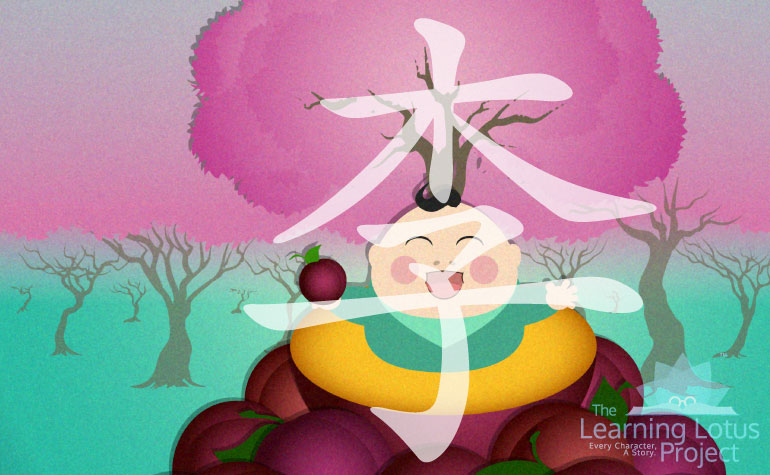 李 is a phono-semantic compound written with the radical component 木 "tree, wood" (mù) on top and the character for "child" 子 (zĭ) on the bottom.

李 is one of the most common Chinese surnames, belonging to more than 95 million people. According to Chinese legend, 李, originally written as the homophone 理 ("reason", "logic"), is a branch of the ancient ancestral name 嬴 (ying) and descends from Emperor Zhuanxu, grandson of the mythical Huangdi or Yellow Emperor. According to popular folklore, at the end of the Shang dynasty, the minister Li Zheng (理征) was executed by the King Zhou of Shang who was known for his cruelty. Li Zheng's son Li Lizhen (理利贞) escaped with his mother to the ruins of Yihou (伊侯之墟), where they survived by eating plums. In gratitude, Li Lizhen changed his surname to 李. However, the first historical person known to have the 李 surname is Li Er (李耳), better known as Laozi, the philosopher who founded Taoism. 李 was also the imperial surname of the Tang dynasty, founded by Li Yuan in 618 AD. 李 also means "judge", further connecting it to its homophone 理 ("reason", "logic").