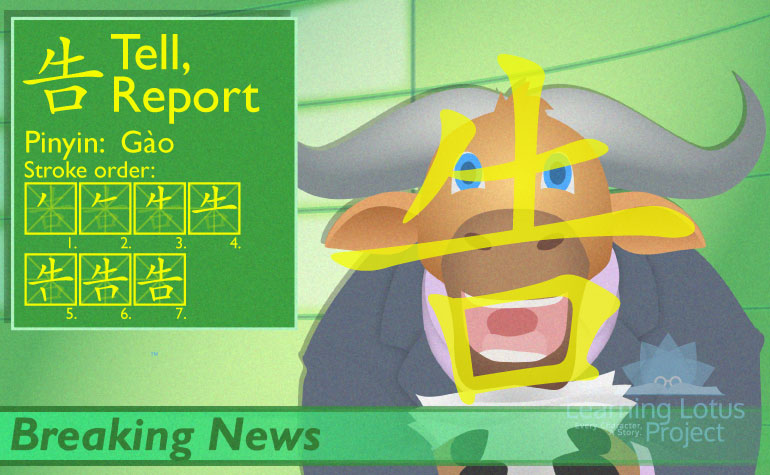 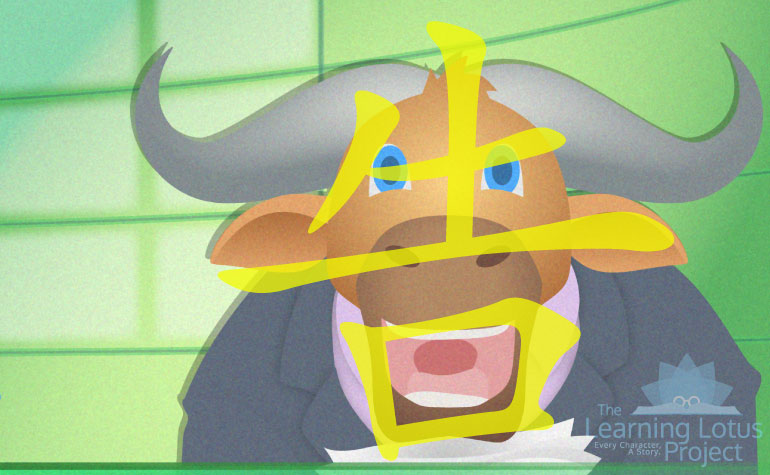 告 is a compound ideogram and is formed with the radical 牛 on top and the character 口, "mouth", on the bottom. When 告 is used as a verb it means to tell or report. As a noun, it is defined as a report; and as an adverb it means bright, or pure white.