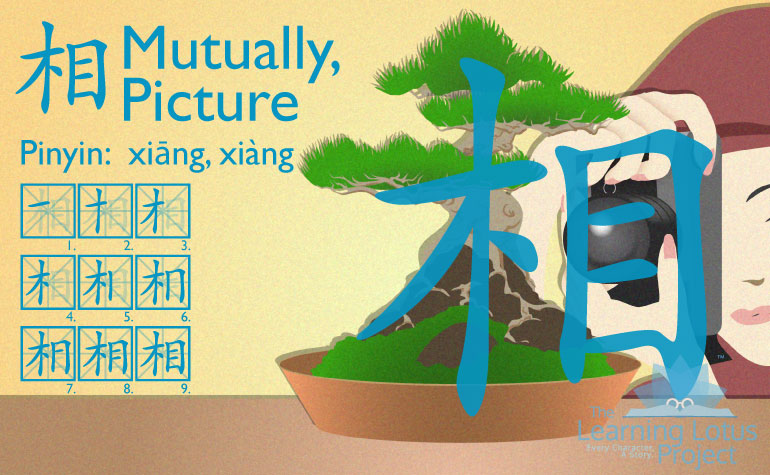 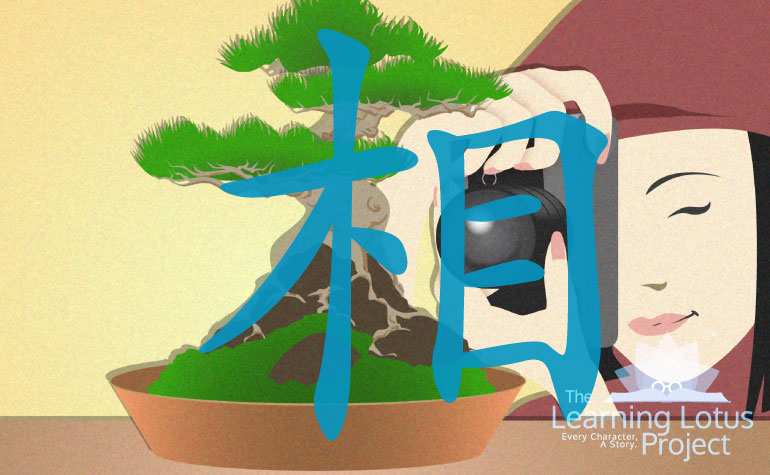 相 is a compound ideograph formed with the characters 木 "Tree, Wood" (mù) and 目 "Eye" (mù). 相 is pronounced differentily, "xiāng” and “xiàng", depending on the context of its usage.

相 (xiāng), pronounced with the 1st tone, is used to describe the mutual or reciprocal relationship between an observer and an object being observed. Used as an adverb, 相 indicates an action performed by one person toward another, and can mean: mutually, one another, each other and reciprocal.

相 (xiàng), pronounced with the 4th tone, describes the appearance of a thing; such as when an 目 "eye" (mù) views a 木 "tree" (mù). 相 can mean picture, portrait, photograph, bearing, posture, looks, appearance or the act of looking at or appraising something or even to assist or help. 月相 (yuè xiàng) means the phase of the moon. 相 also means the phases of matter in Chemistry and lends the semantic meaning to the character for "Frost": 霜 Shuāng. 相 also means minister, or prime minister as in the 相 piece (opponent piece to 象 (xiàng) "elephant") in 象棋 (Xiàng qí), Chinese Chess.