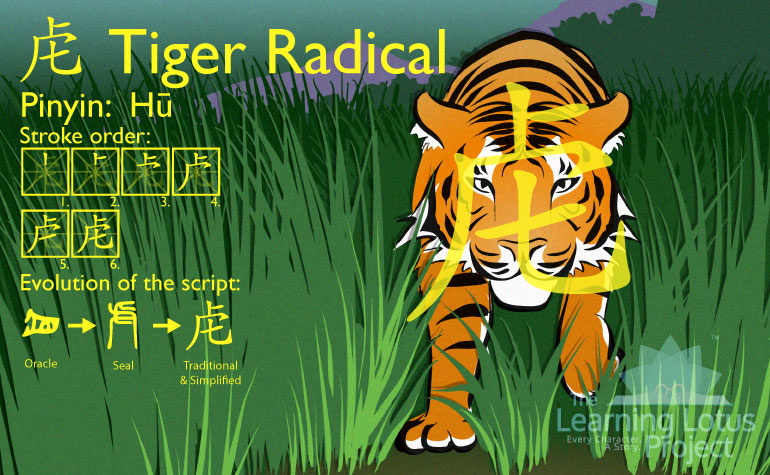 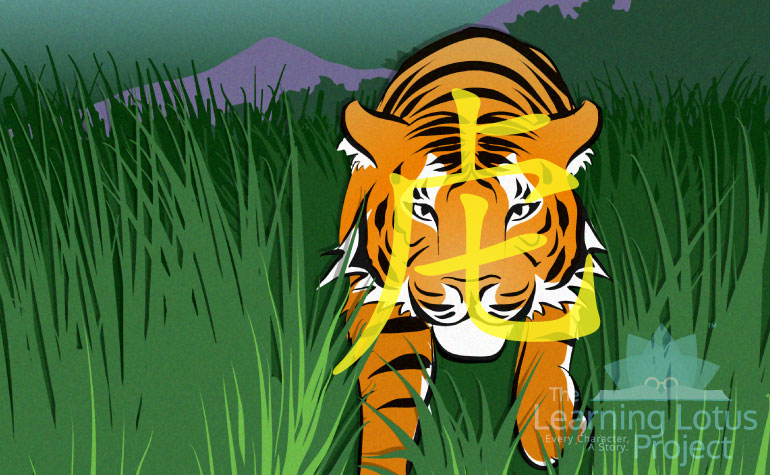 The Oracle Bone form of 虍 was a profile of a tiger with a wide open mouth. 虍 is known as 虎字头 (hǔ zì tóu).

The tiger is revered in Chinese Culture. It is associated with bravery and ferocity and the drive to achieve and make progress. Tigers are associated with Autumn when they make the journey down from the mountain into villages and with the constellation Orion which is prominent in the Autumn sky. The Tiger is considered the king of animals, as indicated by the similarity between the character for "king": 王, and the stripes on a tiger's head. In Chinese mythology a white tiger is the guardian of the West.