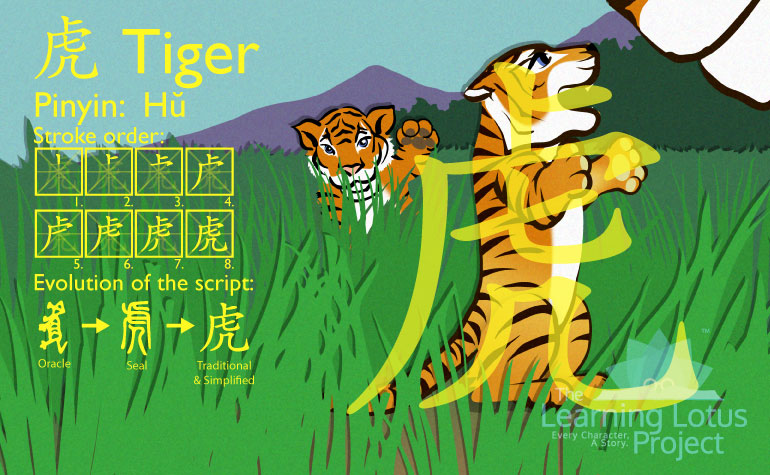 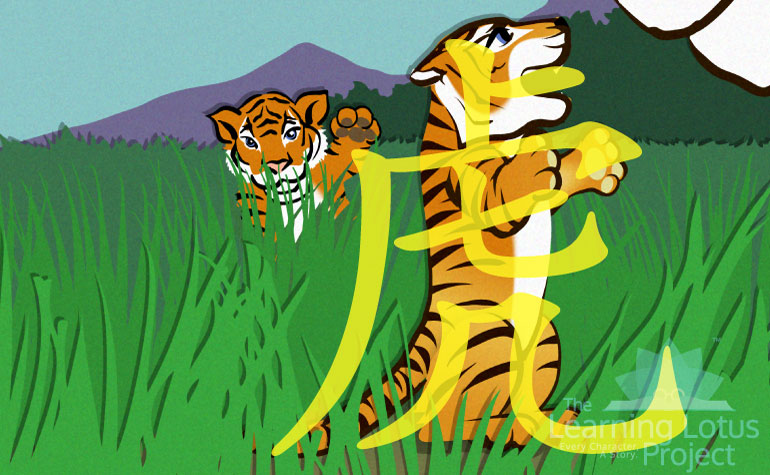 虎 is formed with the tiger radical: 虍 over the character 几 (jī) "small table, almost, a few" (depicting the tiger's legs). In Chinese culture the Tiger is synonymous with bravery and ferocity, a brave army is called a 虎旅 (hǔ lǚ) "Tiger Brigade", and a valiant general is called 虎将 (hǔ jiàng) a "Tiger General". 虎 is regarded as one of the four super-intelligent creatures, along with the dragon, phoenix and tortoise. In Chinese folk tales, tigers kill evil men and protect good men, and are the enemies of evil spirits, especially those who torment the dead. The Tiger is also one of the Chinese Zodiac animals, people born in the year of the tiger are thought to be brave, strong, stubborn and sympathetic. 虎 is also used as a component in characters such as 唬 (hǔ) "to intimidate", 琥 (hǔ) "amber", 虓 (xiāo) "roar", and 虣 (bào) "cruel, violent, passionate".