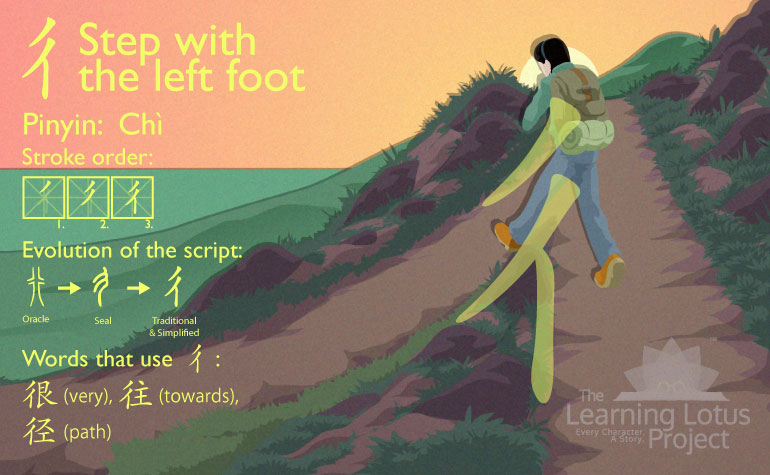 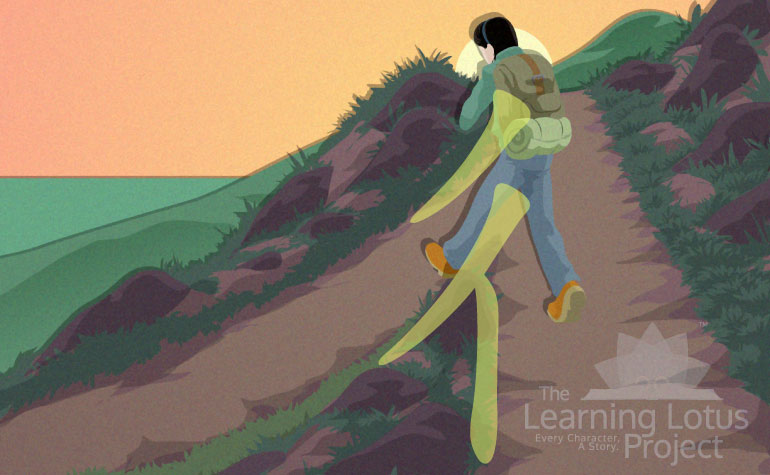 The 彳 radical is derived from the left side of the radical "行" (xíng) which is a pictograph of a crossroad and means to "walk", "go" or "travel". This makes 彳 unique because many Chinese radicals may have similar appearances to each other, in part or whole, but have nothing in common semantically. 彳 means, "to step with the left foot". The right side of the 行 radical is also a character "亍" (chù) meaning "to step with the right foot" and when the two are combined together again they form the word 彳亍 (chì chù) which means "to walk slowly". In Chinese this character is called the 双人旁 (shuāngrén páng), or "double person radical".