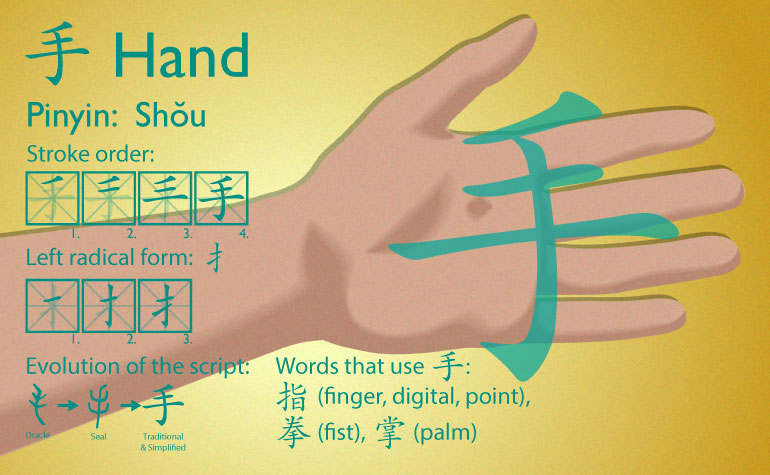 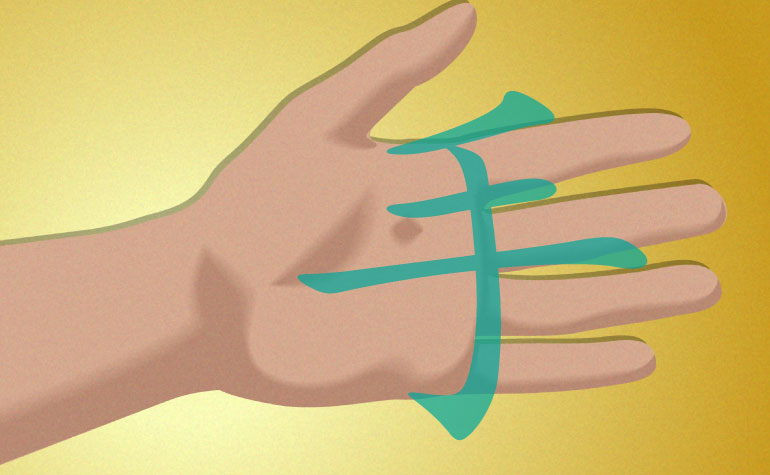 The oracle bone form of 手 is a pictograph of a hand, with the bent upper stroke as the middle finger and the horizontal strokes as the four other fingers. 手 is both a word and a radical. It is written as 扌 When used as a radical on the left side of a character.

手 means “hand” and is found in many words relating to the hand or parts of the hand such as 拳 (quán) “fist”, 掌 (zhǎng) “palm”, and 指 (zhǐ) “finger, point or digital”. It is found as a component in many action words, especially words related to actions performed by the hand such as: 摩 (mó) “rub”, 持 (chí) “to hold or support”, and 拘 (jū) “to arrest or restrain”; and is often combined with characters that refer to skills or occupations such as 水手 (shuǐ shǒu) “sailor”, 车手 (chē shǒu) “driver” and 高手 (gāo shǒu) “expert”.

The idiom “得心应手” (dé xīn yìng shǒu) translates to “What the heart wishes, the hand accomplishes". This idiom is used to describe a person who is happy because they are doing what s/he can do best.