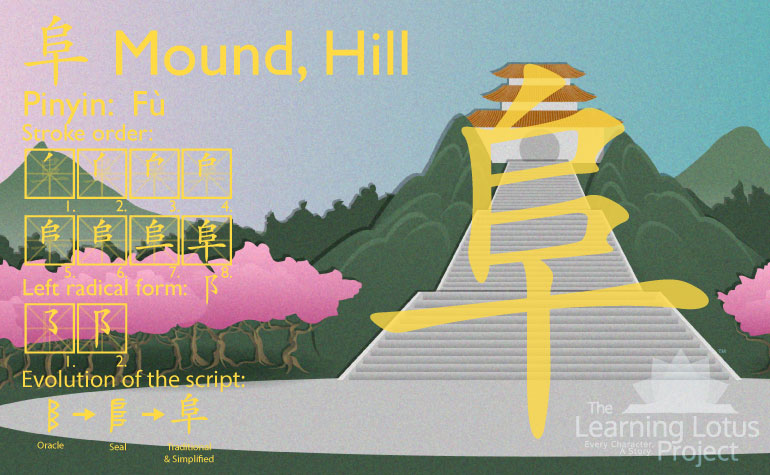 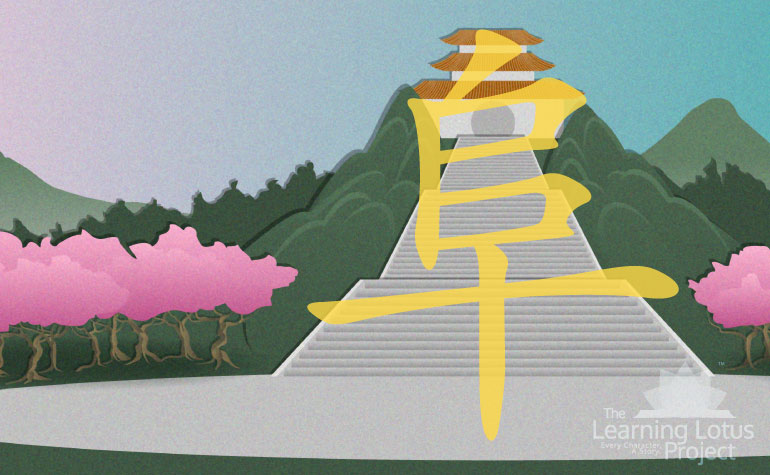 The Oracle bone form of 阜 is a pictograph depicting stacked stones on the side of a hill, representing its original meaning of "a dirt hill". As a radical, it is only used on the left side of a character and written as 阝, a radical form it shares with the character 邑. Its radical form 阝 is commonly known as "the left ear radical" or the "left hill radical".

阜 means "mound" or "hill" and is often found in characters associated with hills or similar topographical subjects such as 陡 (dǒu) "steep", 险 (xiǎn) "dangerous", 陆 (lù) "landing", and 陵 (líng) "mousoleum". It can also mean "abundant", or "wealthy" as in having a mound of money or harvest.