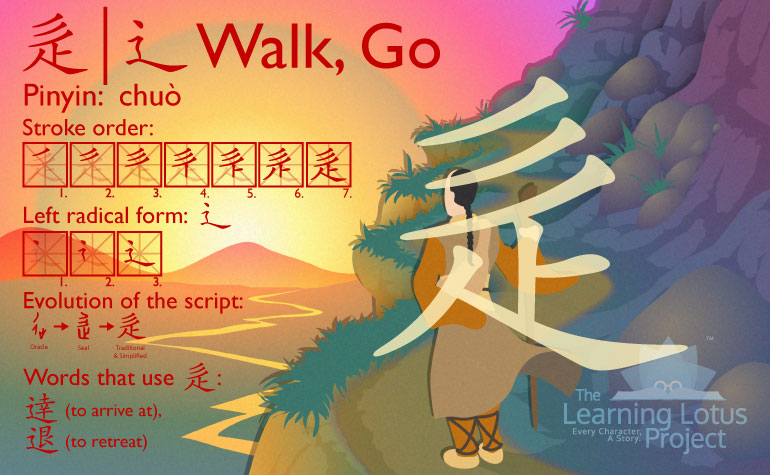 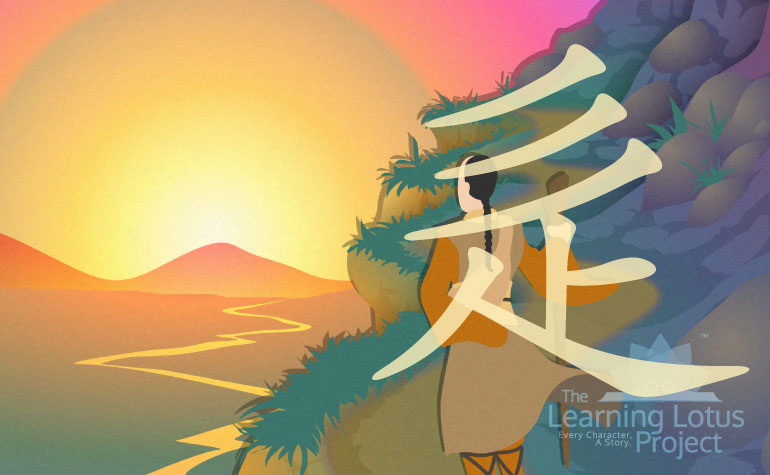 辵 is a compound ideograph. In its Oracle bone form, its top strokes resemble walking paths or walkways, with its bottom strokes resemble a foot. 辵 has a similar meaning to another walk radical: 走 (zǒu). However, 辵 depicts a slow, strolling walk, sometimes stopping, along a wide path rather than the rapid walk, almost a run, depicted by 走.

辵 is a radical and is only written in its left radical form: 辶.