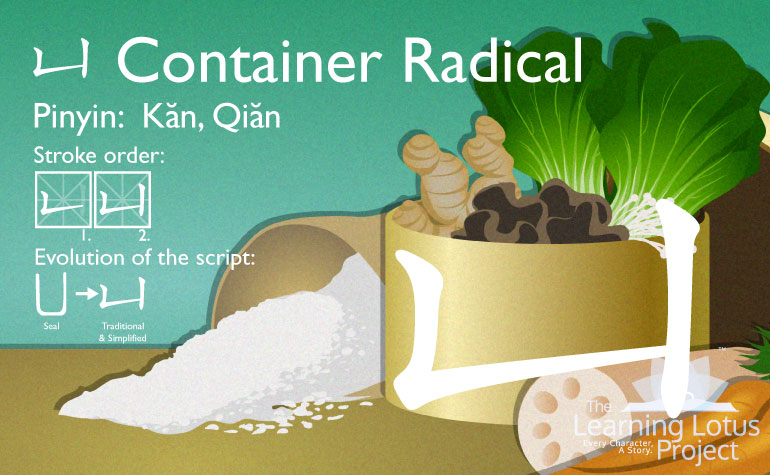 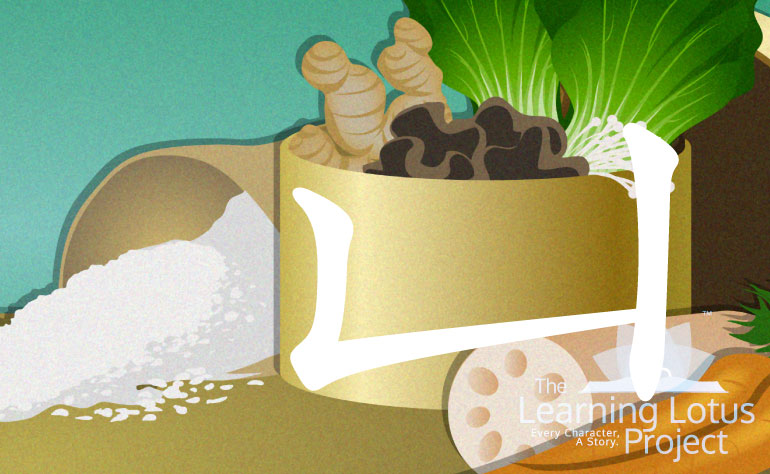 There are different interpretations of the origin of 凵. When 凵 is pronounced kǎn, its origin traces back to the pictographic depiction of a barrier erected in front of the doorways of homes in ancient China. A visitor must step over this barrier to enter the home. When pronounced as qiǎn, its origin depicts a wide open mouth. Another interpretation describes 凵 as a pictographic radical depicting an open container. 凵 is a rarely used radical, appearing only in a few compound ideograms, the most notable being 出 (chū) “to exit” or “to produce”.