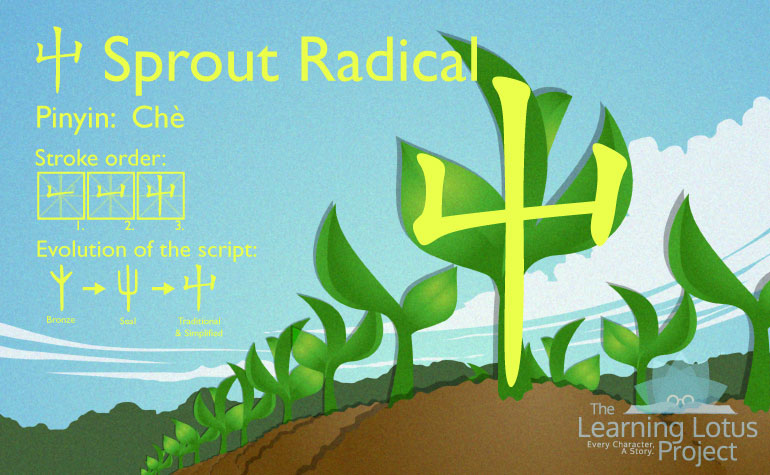 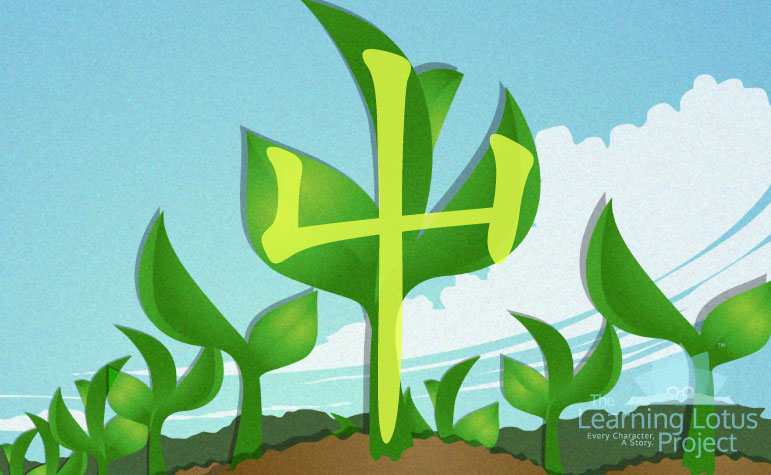 屮 is a pictographic radical depicting a plant in its early stages of growth. Many scholars consider 屮 an early form of the radical 艸 (cǎo) “grass”. 屮 is only used as a component character for more complex characters, the most notable character is 出 (chū) “to exit” or “to produce”.