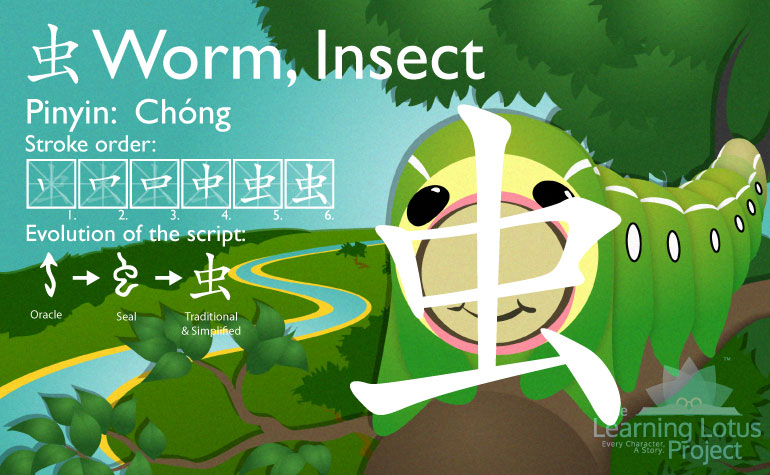 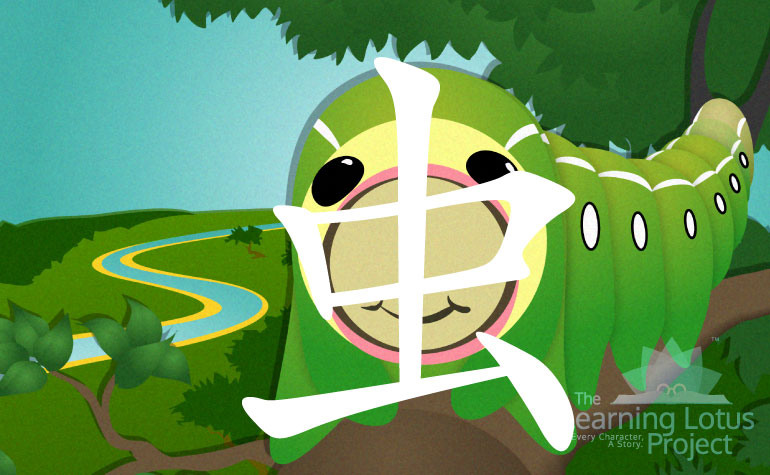 虫 is a good example of how the meaning of a character can change over time. 虫 was originally a pictograph of a poisonous snake, and it's derivative character "蟲" meant worm or insect. This is evident in the Oracle Bone, Bronze and the Traditional forms of the character where a large flat structure resembling the hood of a cobra can be seen. However, 虫 evolved to mean "insects", "worms" and lesser forms of life. The character "蛇", with the insect radical, was created to mean "snake".

A well-respected man named Han Chaozong lived during the Tang Dynasty. He was known for helping young people find good jobs. One day he received a letter requesting his recommendation. The letter ended with the humble phrase "恐雕虫小技，不合大人", roughly: "I fear my words are insignifcant, falling short of your requirements." The humble letter was from a young 李白 (Li Bai), one of China's most celebrated poets. Today, 雕虫小技 (diāo chóng xiǎo jì) is an idiom proclaiming a small or insignificant skill.