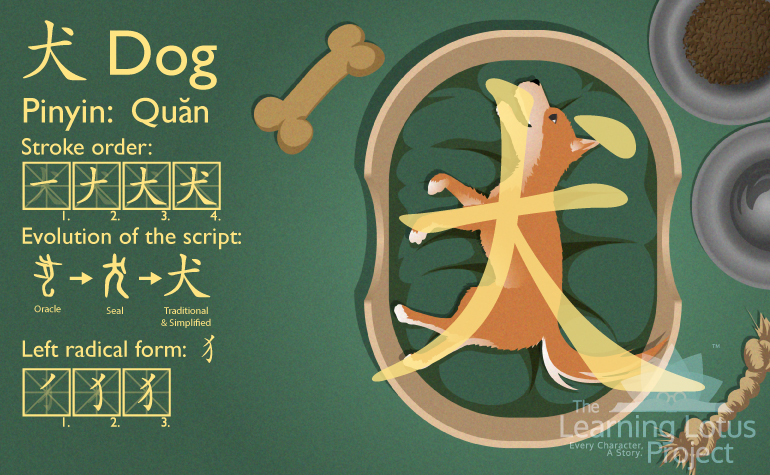 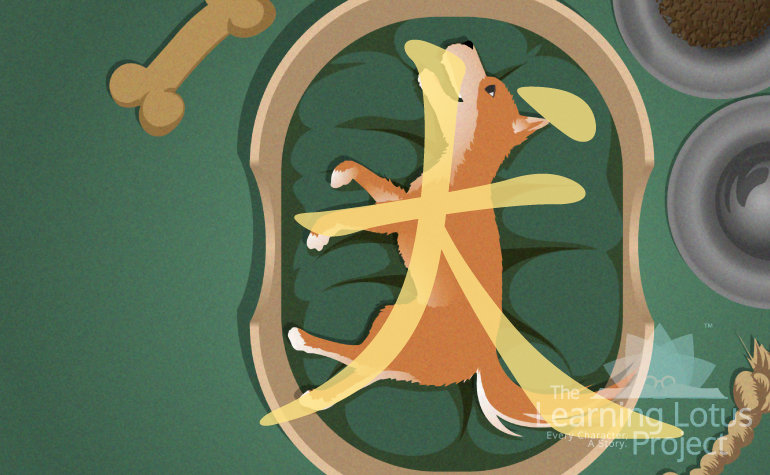 The Oracle Bone form of 犬 was a pictograph of a standing dog. Like in many parts of the world, dogs have long been companion animals in China. Dogs were often companion animals in mythology as well; such as Erlang Shen's dog who assisted him in subduing Sun Wukong in the Chinese classic Journey to the West. Some myths credit the dog for providing humans with the first seeds of grain, allowing the rise of agriculture.

犬 is a word as well as a radical. As a word 犬 is used in the names of many dog breeds. When used more generally, it specifically refers to smaller dogs. When used as a radical on the left of a character it is written as: 犭, and is called 反犬旁 (fǎn quǎn páng), "Reverse Dog Radical". 犬 is found as a component in many Chinese characters related to animals such as: 狗 (Gǒu) "dog", 猫 (māo) "cat", 狐 (hú) "fox", 臭 (chòu) "stink", 嗅 (xiù) "smell", 猴 (hóu) "monkey" and 吠 (fèi) "bark".