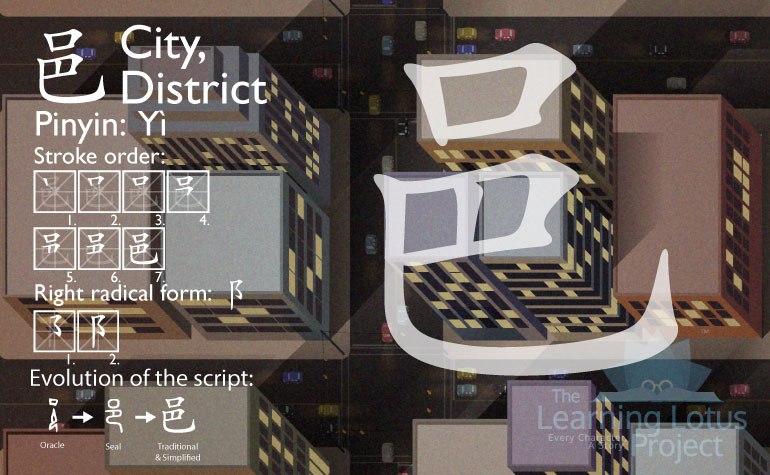 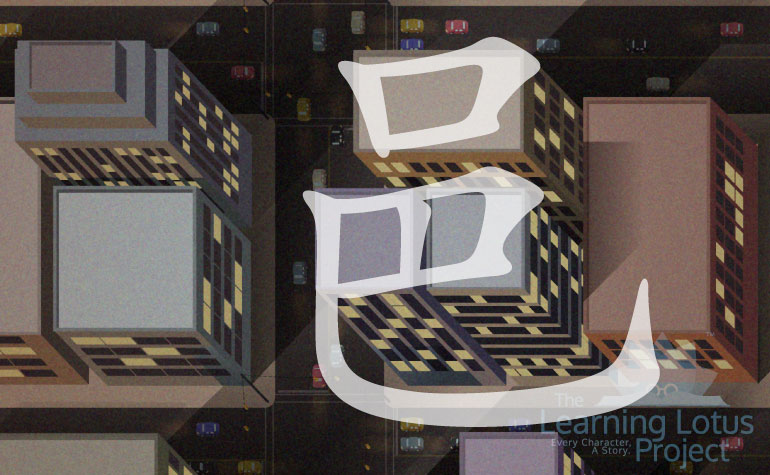 The Oracle bone form of 邑 is a compound ideograph. The top shape, which resembles the character 囗, represents an area or territory and pairs with the image beneath, a kneeling person characterizing population, to depict a populated area. When used as a radical, it is only written on the right side of a character and is written as "阝", an alternate radical form it shares with the character 阜. It's right alternate radical form is commonly known as the "right ear radical" or the "right city radical".