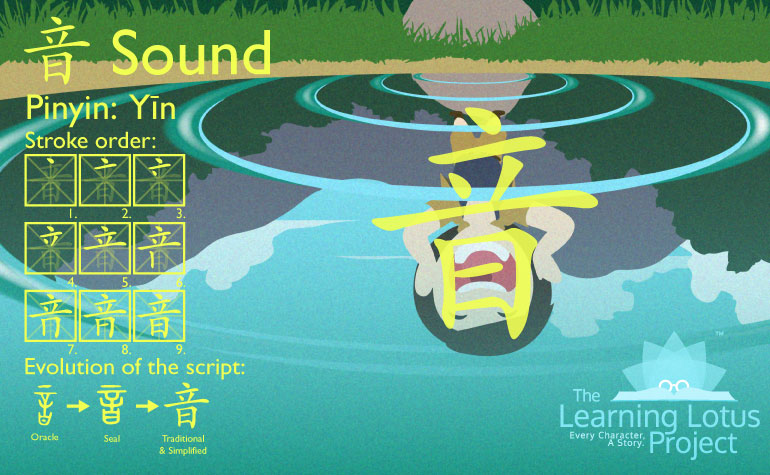 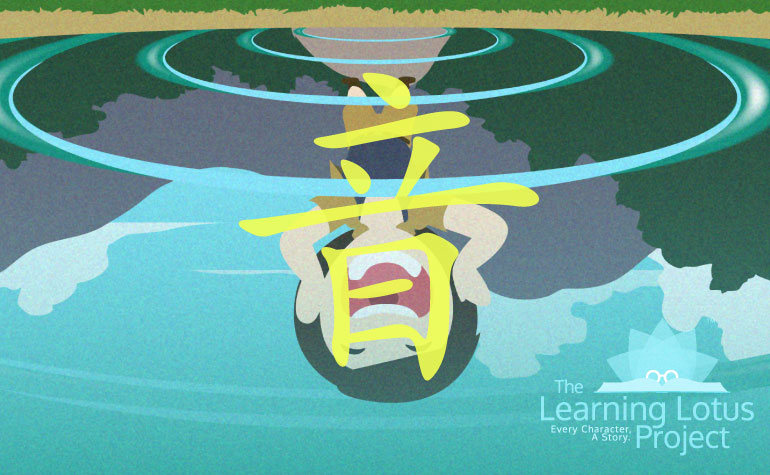 At first glance, 音 resembles a word formed from the characters 立 (lì) "Stand" and 曰 (yuē). However, 音 is a word and a radical itself and has more in common with the speech radical 言 (yán). 音 and 言 have different modern forms, but their oracle and seal scripts are similar, both resembling an upside down person with a large open mouth. In the early forms of 音 there was an addition to the mouth area of the character resembling a tongue, indicating the sound, instead of the action of speaking.