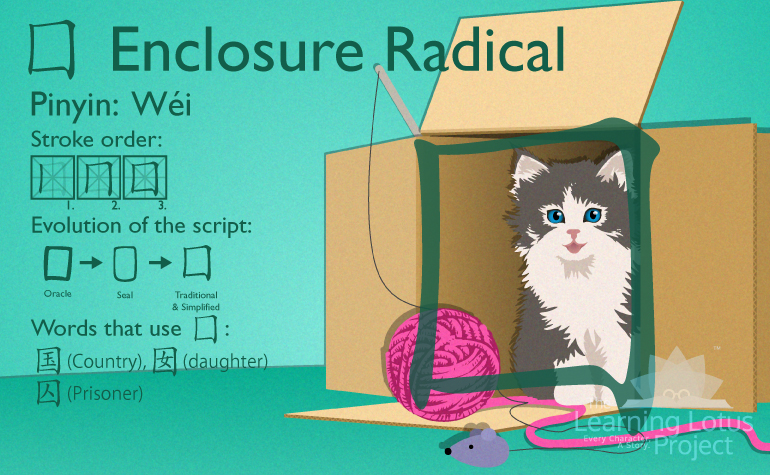 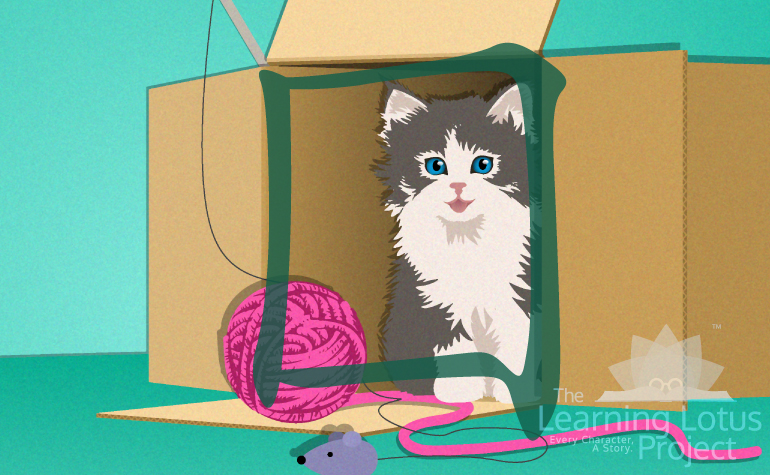 The radical 囗 (wéi) is an ideograph, representing an enclosure. 囗 is only used as a radical component in characters, rarely if ever is it used by itself. Its written appearance is similar to 口 (kǒu) "mouth." However, when read they can usually be distinguished by the context of its use as well as it's meaning; as illustrated in the character 回 (huí) "to circle, turn around or go back", 囗 (wéi) is most often used when surrounding characters, and 口 (kǒu) is more commonly used as an interior component of a character.