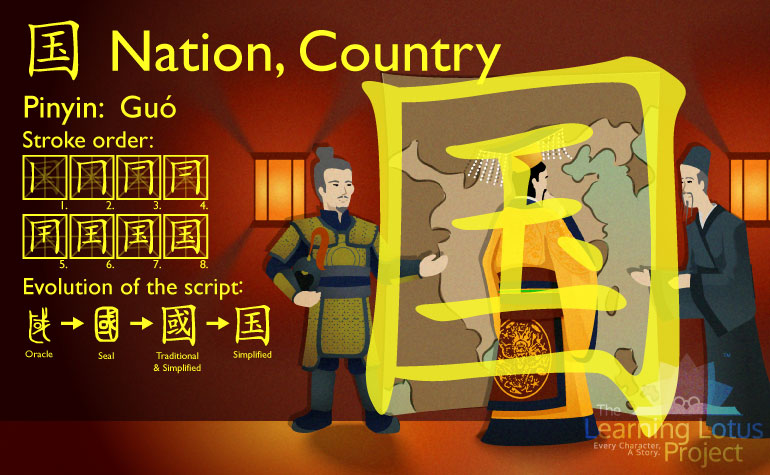 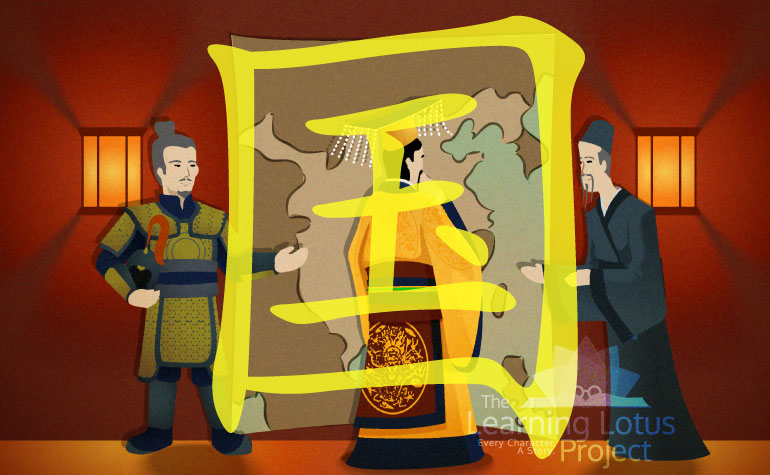 国 is a compound ideogram consisting of the character 玉 (yù) "jade", enclosed within the enclosure radical character 囗 (wéi). The traditional form "國" uses the character 或 (huò), which is a stand-in for the character 域 (yù) meaning "field, region or area". In its simplified form, the character 玉 represents the Emperor, illustrating the definition of "Nation, State, or Country" as an area within a boundary that is ruled or governed.

The idiom 国色天香 (Guó Sè Tiān Xiāng) "National Beauty and Heavenly Fragrance" dates back to the Tang dynasty and is used to describe a distinguished individual or an outstanding accomplishment.