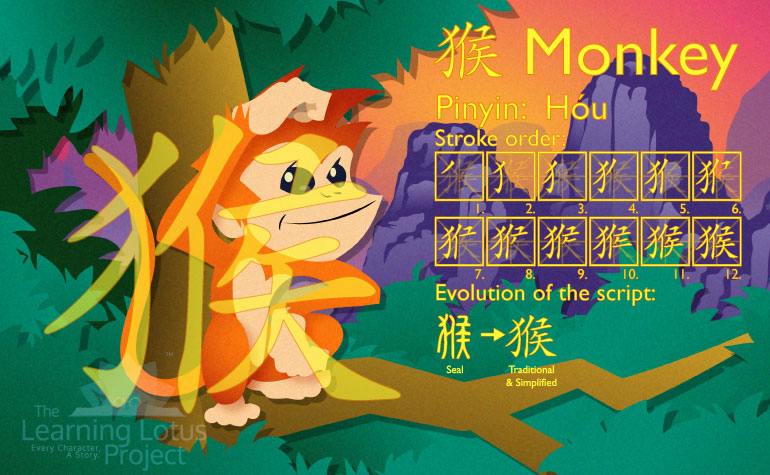 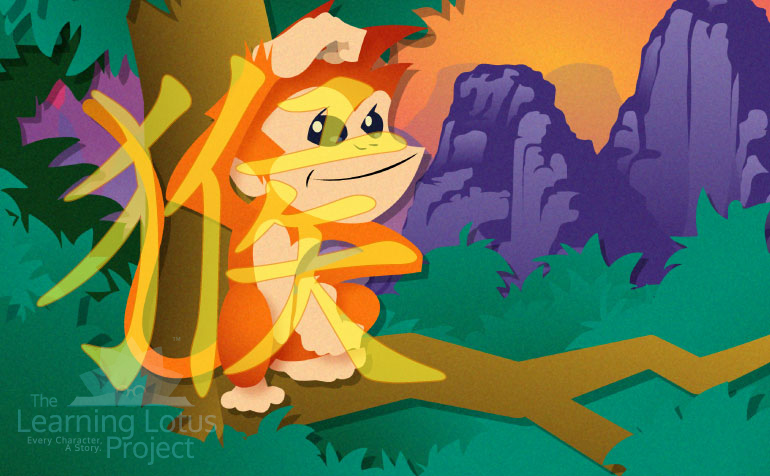 猴 is a phono-semantic compound written with the alternate left form of the radical 犬 (quǎn) "dog" as the semantic component, and the character 侯 (hóu) "marquis, lord" on the right as its phonetic component. Monkeys are common characters in Chinese literature and mythology. Monkeys are depicted as both wise and foolish, the most famous character is Sun Wukong, the Monkey King. Sun Wukong is the main protagonist in the famous Chinese classical novel: Journey to the West. The Monkey is also a member of the Chinese Zodiac. People born in the year of the monkey are said to be intelligent, witty and curious.

猴 is found in words describing monkeys as well as words describing clever or smart people such as: 猴儿精 (hóu ér​ jīng) "shrewd or clever". In Chinese culture the months have signs as well as the years. The idiom 猴年马月 (hóu​ nián ​mǎ​ yuè) "Year of the Monkey, month of the Horse" can be used to describe an ongoing thing with no clear deadline; something that happened a long time ago; or something that will never happen or is unlikely to be accomplished.