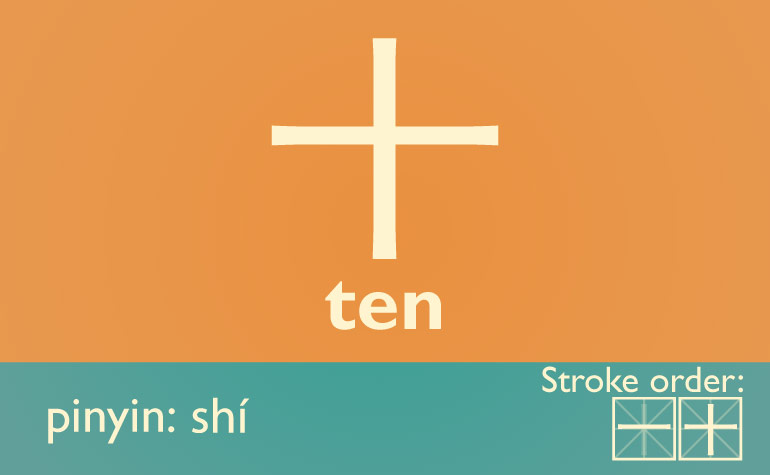 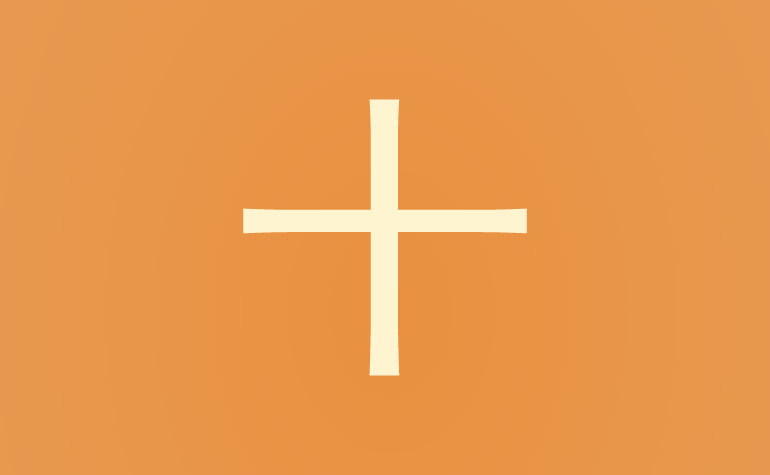 Similar to 六 thru 九, the origin of 十 is still contested. Some claim that the vertical line of the Oracle Bone script means “perfection” and the horizontal line was added later to signify “quantity” combined to mean “the perfect quantity”. Others believe that the meaning lies within “compressing” numbers into a “single” unit because 10 is the major unit used in counting.

十 is used in conjunction with the characters 一 through 九 to write all the numbers from 11 to 99, and almost every number from 100 up. Chinese numbers are written multiplicatively, “twenty” is written 二十 (two tens), “thirty” becomes 三十 (three tens), “forty” is 四十 (four tens) and so on. The ones digits are then added onto the end, for example, “fifty-six” is written 五十六 (five tens plus six), and “seventy-eight” is 七十八 (seven tens plus eight). This writing logic is the same for all numbers from 11 to 99, and is continued into the hundreds, Learn more about writing numbers with this infograph.