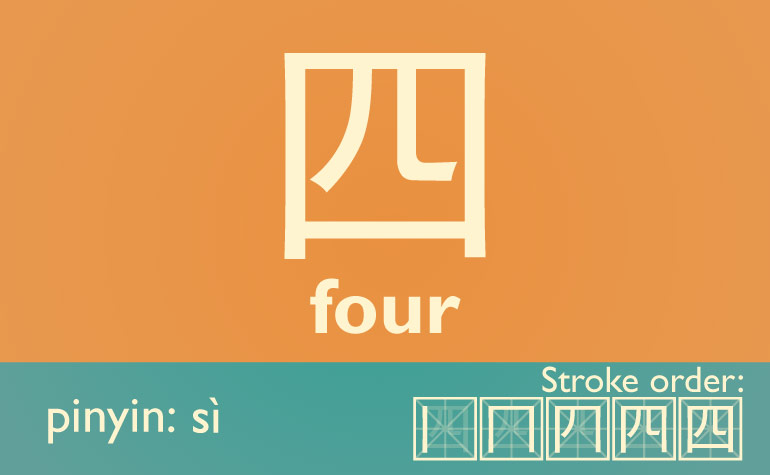 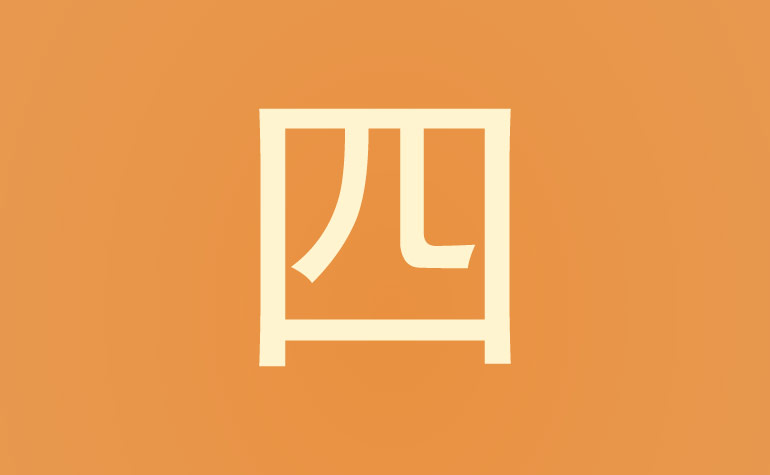 四 is a compound ideograph. In it’s oracle form it was originally written as four horizontal strokes in the same manner as 一, 二, and 三. However its seal form began rearranging the strokes into a square until it evolved to today's form: a four sided shape 囗 “wéi,” or “guó” that is easily divisible by 八 “Bā”.

四 is considered an unlucky number because its pronounciation closely resembles the pronunciation for 死 "Death" (pinyin: Sǐ) . Some buildings in China omit a 4th floor similar to the omission of the 13th floor in the West.