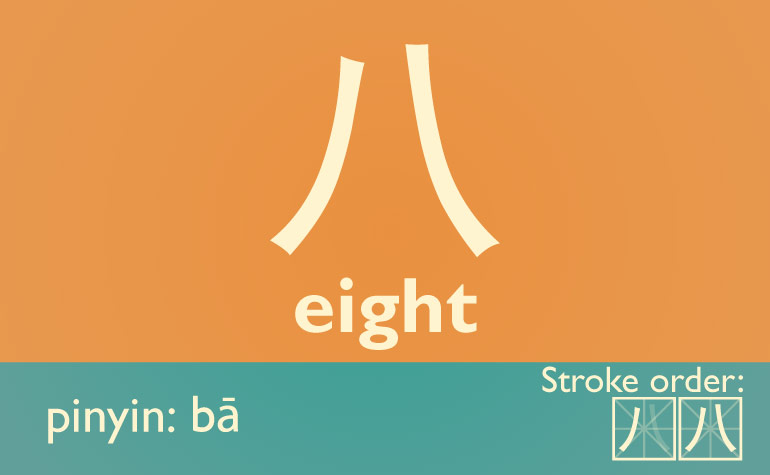 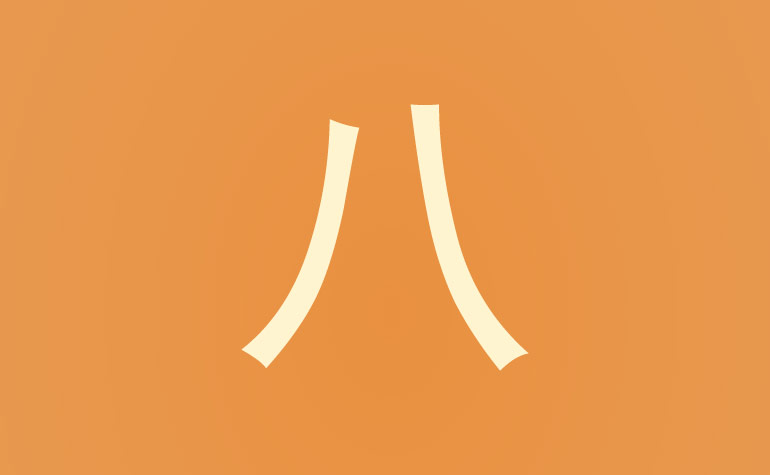 Similar to 六 and 七 there is no real consensus on the formation origin of 八. It is commonly accepted that 八 is an ideogram representing “Division” by the two lines in 八 separating or dividing as they go down. Beyond 8 being the highest single digit number that is evenly divisible, the exact correlation between 八 and “Division” is still the subject of discussion.

八 is an especially lucky number because it is pronouced similarily to the Chinese word for "To Prosper": 发 (fā).

The lucky 八 is a commonly repeated theme in many Chinese customs. For example, mooncakes are cut into 8ths to share during the Mid-Autumn Festival and the opening ceremony of the Summer Olympics in Beijing began at 8 seconds past 8:08 local time on 8/8/08.