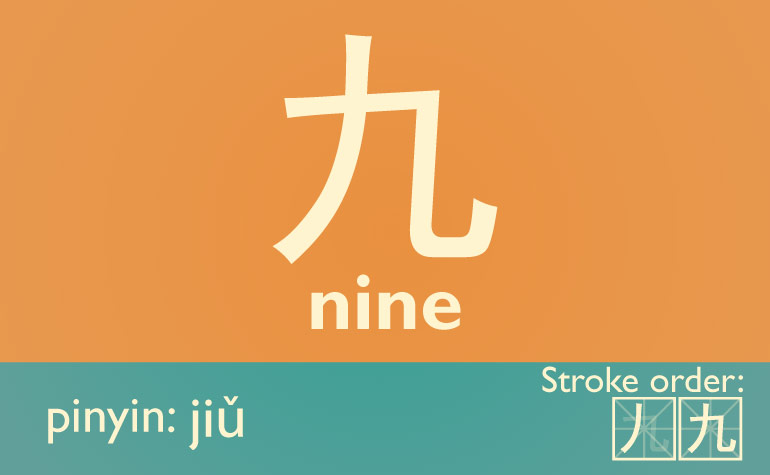 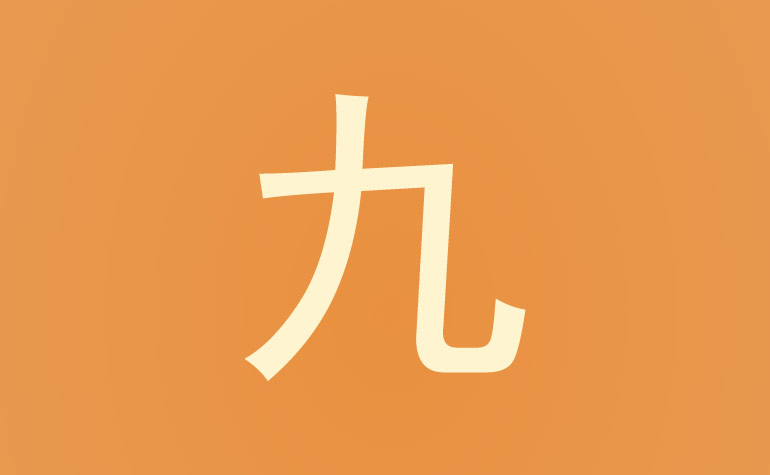 九 is another character with a contested origin. It is widely believed that the Oracle Bone script for 九 is a pictograph of an arm stretched out. However, what the arm is doing, whether it is reaching out to measure something, or doing something else entirely different is still being discussed.

九 means harmony and is a homophone for 久 (jiǔ) "Longevity, Eternity". There is a tradition between lovers to send 99, or 999 roses to convey best wishes for "everlasting love".

The number 9 is also historically associated with the Emperor and was frequently used in matters relating to the emperor's court. For example, officials were organized by the Nine-Rank System, the Nine Bestowments, 九錫 (jǐu xī), were rewards the Emperor awarded to exemplary officials, while the Nine Familial Exterminations, 株连九族 (zhū lián jiǔ zú), was one of the harshest punishments the Emperor sentenced. The Emperor's robes were often adorned with nine dragons and there were 9,999 rooms within the Forbidden City in Beijing.