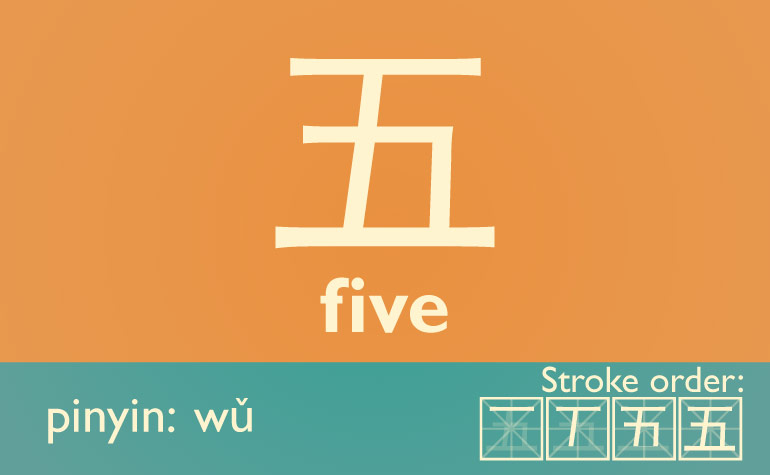 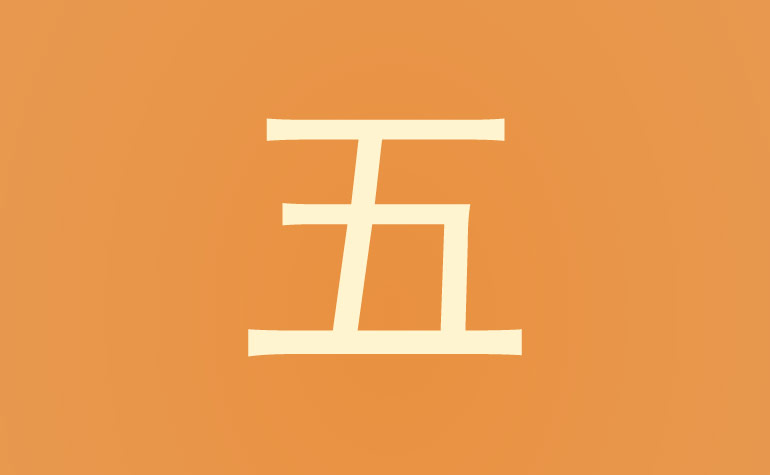 五 , like 四, was originally written as five horizontal lines, but this form was cumbersome and the lines often ran together. Early in its existence, it was changed to two crossed lines between two horizontal lines, resembling the Roman numerals "Ten". In its current form, 五 visually resembles five strokes again, with two vertical strokes, however, there are only 4 written strokes in 五.

There are 五 elements in Chinese Taoist philosophy, called 五行 (wŭ xíng): Water, Fire, Earth, Wood, and Metal. These are also called the Five Phases, Five Movements and Five Stages. These elements represent a conceptual process that many traditional Chinese schools of thought use to explain things from the interaction of internal organs, to cosmic cycles, to the succession of political regimes. These concepts are still used today in Traditional Chinese medicine and acupuncture.