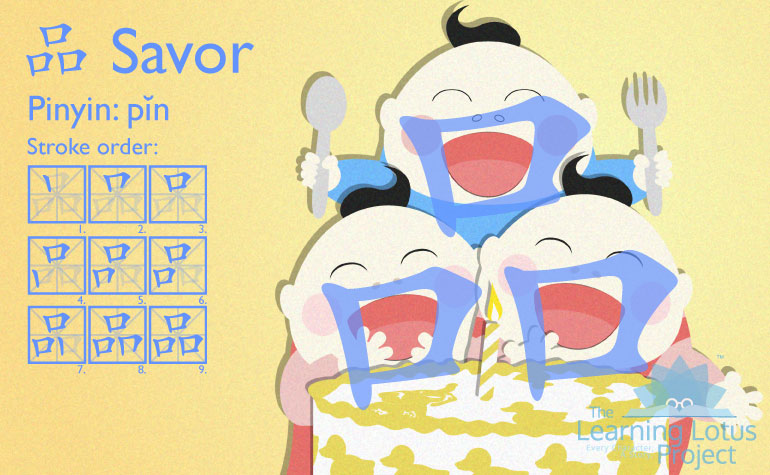 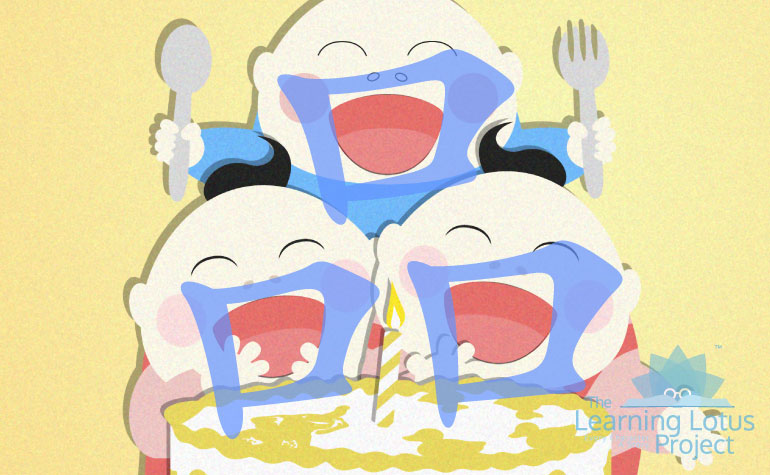 品 is a compound ideograph written with three 口 "mouth" (kǒu) characters in a pyramid shape. Its written composition visualizes many mouths which lends semantic meaning to this character. 品 can be used as a verb, noun and adjective.

As a verb 品 means "to savor", "to like", or "to enjoy". As a noun it can mean "quality", product", or "commodity". For example, 人品 (rén pǐn) means "character", specifically the quality of one's character and 产品 (chǎnpǐn) means a "product". As an adjective 品 means "numerous", similar to the character 众 "multitude, many, crowd" (zhòng). For example, 品种 (pǐn zhǒng) means "breed" or "variety".