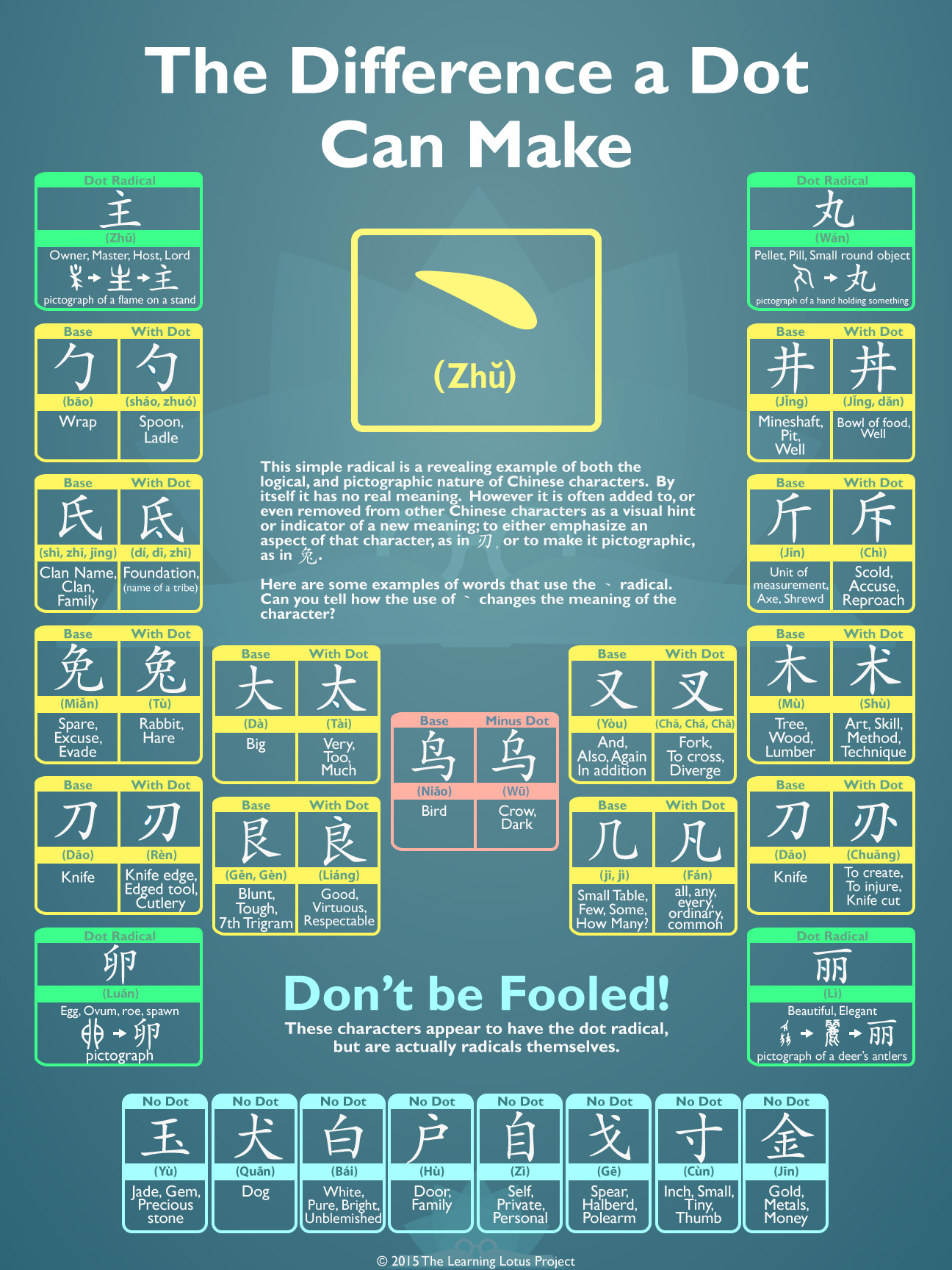 The Difference a Dot Can Make

The simple 丶 radical is a revealing example of both the logical, and pictographic nature of Chinese characters. By itself, the 丶 has no real meaning. However it is often added to, or removed from other Chinese characters as a visual hint or indicator of a new meaning; to either emphasize an aspect of that character as in 刃 or to make it pictographic as in 兔.

This infographic illustrates examples of Chinese characters that use the 丶 radical. Can you tell how the use of 丶 changes the meaning of each character?